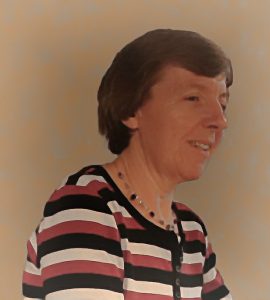 Julia grew up in the folk dance world with parents involved in playing, dancing and calling. She took to the dance floor at an early age and by 11 was earning pocket money by playing in the family band. She studied piano and violin in school and college days whilst training to be a teacher. She taught in India, Worcester and currently in a junior school in Warwick. She runs the school choir which involves many community linked performances. She was a member of the internationally known Wild Thyme Folk Dance Band and now plays fiddle or keyboard with Keeping Thyme, Contradition and as a duo with her husband Shane. She has taken part in numerous recordings, played at most of the major English dance festivals and toured in America, Sweden, and France. Julia began leading music workshops at Folk Camps in her late teens and continues to do so with Shane and also to work with local groups of musicians. For 10 years Julia and Shane ran Cotswold Music, a music publishing and sales partnership whose aim was to provide a service to the folk dance community. Julia worked with Liz Hope (and others) to build Stafford Music Day up to its present successful format and has been a tutor since 1993. She regularly prepares all the band scenarios at Stafford and is a firm believer that the best dance musicians are those that dance themselves.

Here is where Julia will be a member of staff this season. Follow the link to find out more.
Musician : Musicians weekend Beckford, Worcestershire