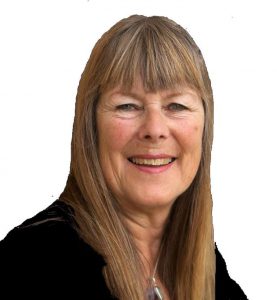 I was fourteen when with my family, I went to my first folk camp. I've been hooked ever since and I served for several years on Folk Camps Council of Management. My Unofficial Folk Camps Archive - www.folk-camps-archive.org.uk - contains a photographic and sound record of many of the Folk Camps held over the last fifty years.

I'm a bit of a jack-of-all-trades; I like calling dances, and I like dancing and singing. My speciality is to teach a little maypole dancing and my portable maypole always comes to Folk Camps. It was after my first folk camp that I decided to play guitar, but I'm afraid I stopped learning when I encountered the chord of Bm ! It was time to learn the play the spoons instead. About ten years ago I bought a fiddle and I've been learning to play it for far too long. My dedication to practice is not what it should be.

I love to facilitate others to grasp the opportunities that Folk Camps offers: to learn skills, to try new instruments, to perform - perhaps for the first time - in front of others, or to call that first dance. The type of folk camp that I experienced as a teenager is what I try to recreate when I'm leading, with something for everybody - a rich balance of dancing and singing, some games and dancing for younger children and as many workshops as possible.

I grew up with the tinkle of morris bells as my family was steeped in the folk revival from its start. I believe that one of my uncles - who died before I was born - learned to dance morris with Cecil Sharp himself. My aunt taught morris, my other uncle and my father danced it, my mother sang and my brother Jon is a folk-fiddling legend.


The folk songs that I learned at my first folk camps formed the basis of the repertoire my 1960s three-girl harmony group, The Cedarfolk. In the 70s I sang with Poachers Folly, ran a folk club and discovered my tyrannical tendencies as a folk dance MC. In the 1990s I joined The Living Archive Band http://www.livingarchiveband.co.uk with which I still sing the songs of Milton Keynes. I'm now more-or-less retired from the PR business and I spend the majority of my time on voluntary work and calling the occasional barn dance.

Here is where Sue will be a member of staff this season. Follow the link to find out more.
Leader : Spring BH weekend Chedworth, Gloucestershire